Bursary boost won't be forgotten by Tinker Posted 3 years ago

Scarborough Athletic coach Luke Tinker reckons he’ll always owe the Evo-Stik Northern Premier League a debt of gratitude, even if he achieves only half his ambitions in the game over the coming years.

Awarded a bursary from the league’s Coaching Development Fund to cover half the costs of his UEFA B studies at York College, the assistant manager of the Seadogs U19s is pictured being presented with his certificate for passing out with flying colours in October by Mark Ogley, the Evo-Stik NPL coaching development officer and the scheme's coordinator.

The 23-year-old is a man on a mission after following in the footsteps of Athletic’s U19s manager Steve Roberts who also studied for his UEFA B with the support of a league bursary.

Tinker, who graduated in sports development and coaching from Sheffield Hallam University in 2014 before passing his FA Youth Award last year, already runs his own soccer coaching academy for youngsters, Inspire Soccer UK, when not coaching the Seadogs in the Northern U19 Alliance Football League East Division. 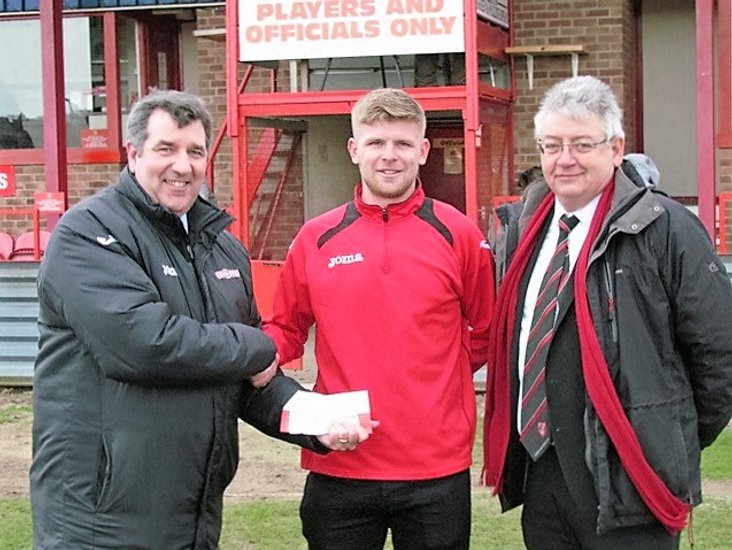 Vowing to put his latest qualification to good use and urging other young coaches in the EVO-STIK NPL to take advantage of the financial help available, he said: “The bursary was a massive, massive help for me and something I will always be grateful for. There isn’t much money available when you are training and starting out so it really made a difference.

“The course was a real step up from the FA Youth Award and something that is already helping me, if nothing else just for the confidence boost it gives you. To progress now you need these qualifications and studying for them with the help of the league is something all young coaches should consider doing.”

Tinker, who’s also worked for Sheffield Wednesday and Hull City, added: “I’m really enjoying my coaching with Scarborough, my own set-up and working elsewhere and I know that having the UEFA B behind me now will continue to keep help me achieve my ambitions. My job now is to make the most of it!”

Part-funded by the FA to support the Evo-Stik NPL's on-going drive to raise standards of excellence and available to coaches already on courses, students benefiting from league bursaries have up to three years to complete their studies at a variety of venues. As well as St George’s Park, they included Curzon Ashton’s Tameside Stadium and York College last season.

While funding is currently only available for coaches studying on UEFA B courses, more information on FA Level 2 courses, many of which are free, can be accessed through local County FAs. More information is also on available on the FA Learning website.

For further information about the Evo-Stik NPL scheme, coaches should ask their club secretaries to contact Mark Ogley directly.